The City released the Draft Subsequent EIR for a 90-day review and comment period commencing May 6, 2016 through August 4, 2016.  The standard review period for an EIR is 45 days; however, the City has determined that an extended 90-day period be provided for the public.  The City is currently reviewing and preparing responses to all comments received by the closing of the public review period.  All comments received and prepared responses will be considered in the Final EIR.

In 1989, the City received an application to subdivide hillside property generally located above the terminus of Lone Hill Avenue.  In 1990, the City approved a “Tentative Map” subdividing the property into 26 single-family lots.  Approval of the Tentative Map included and Environmental Impact Report (EIR).  In 1998 a “Final Map” completing the subdivision was approved and recorded.   The City also approved a grading plan in 1998 and issued permits; however, grading did not commence and these permits expired.

Since approving the Final Map, seven lots within the tract have been developed.  Nineteen lots remain undeveloped.  In 2014, the City received an application from the current owner of the undeveloped lots for a grading plan.  The proposed grading is not yet specified but would include the extension of Lone Hill Avenue with a private road to access houses.

While the subdivision created the lots and private road indicated in the map below, it has been over 25 years since the original EIR was certified for the grading and development of the lots.  Consequently, the City has required that a subsequent EIR be completed to again review the project for any environmental impacts.

Preparation of  an EIR is underway, and a draft is anticipated to be completed and circulated for public review by the end 2015.

The goal of this web page is to provide the public with a way to access the latest happenings occurring with the development and to answer questions about the development. We encourage interested persons to contact the Planning Department directly if you have any questions or concerns. 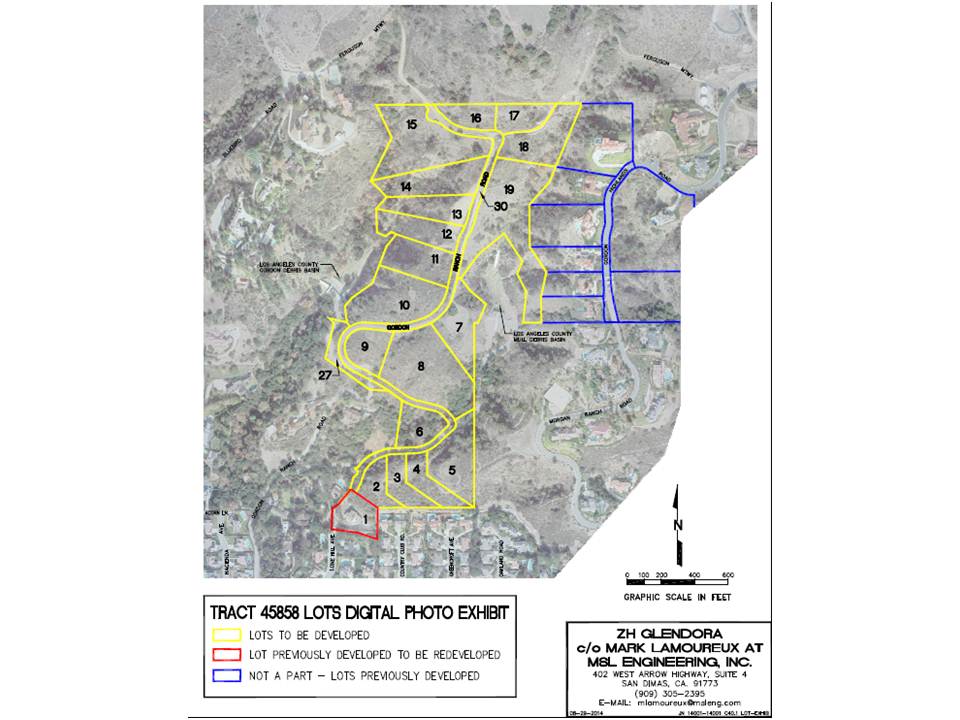