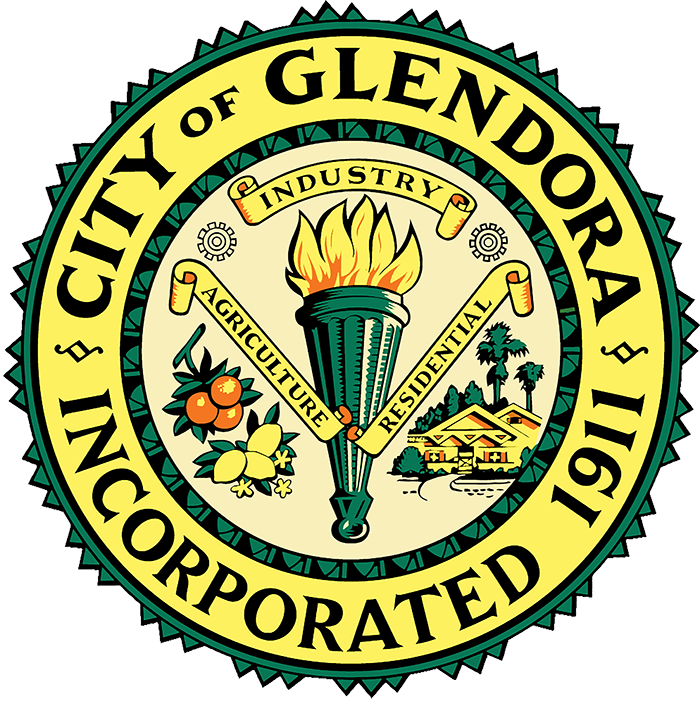 AN ORDINANCE OF THE CITY COUNCIL OF THE CITY OF GLENDORA, CALIFORNIA, AMENDING GLENDORA MUNICIPAL CODE, TITLE 21, SECTION 21.03.060, DELETING EXISTING LANGUAGE IN ORDER TO REMOVE THE REQUIREMENTS WHICH EXCEED THOSE ESTABLISHED WITHIN THE STATE MODEL WATER EFFICIENCY LANDSCAPING ORDINANCE

THE CITY COUNCILCity of Glendora, California

THE CITY COUNCIL OF THE CITY OF GLENDORA DOES HEREBY ORDAIN AS FOLLOWS:

WHEREAS,  on April 1, 2015, California Governor Edmund Gerald Brown, Jr. issued Executive Order B-29-15, imposing restrictions on water use in order to achieve an aggregate statewide 25 percent reduction in potable urban water usage through February 2016; and

WHEREAS,  on May 5, 2015, in accordance with the Governor’s Executive Order B-29-15, the State Water Resources Control Board adopted Resolution 2015-0032 detailing emergency regulations (“Regulations”) implementing  a statewide 25% reduction in potable urban water use; and

WHEREAS,  the Regulations established conservation levels for water suppliers based on an average Residential Gallons per Capita per Day (“R-GPCD”) for the period of July through September 2014, and  the City of Glendora was categorized among the cities mandated with a 36 percent potable urban water use reduction; and

WHEREAS,  on May 26, 2015 the City Council of the City of Glendora adopted an Emergency Drought Response Plan which implemented comprehensive regulations in order to comply with Executive Order B-29-15, to protect the public health, safety, and welfare. The Plan included the repeal and replacement of §21.03.060 of the Glendora Municipal Code in order to adopt by reference, as if incorporated and set out in full, the California State Model Water Efficient Landscaping Ordinance (“MWELO”) requirements along with additional local requirements and applicability parameters; and

WHEREAS,  on April 7, 2017, Governor Brown lifted the emergency drought declaration; and

WHEREAS,  two years have passed since the lift of the emergency drought declaration and the Glendora Municipal Code §21.03.060 continues to be more stringent than State Law, imposing unnecessary additional requirements on project applicants and additional applicability parameters; therefore the City Council of the City of Glendora desires to amend the Section to remove all regulations that exceed the California State MWELO

NOW, THEREFORE, THE CITY COUNCIL OF THE CITY OF GLENDORA, CALIFORNIA, DOES RESOLVE, DECLARE, DETERMINE AND ORDER AS FOLLOWS:

SECTION 1.  The City Council hereby adopts a Notice of Exemption for this project pursuant to the California Environmental Quality Act (“CEQA”). The City Council finds the introduction and adoption of this Ordinance is not subject to the CEQA pursuant to Sections 15060(c)(2) (the activity will not result in a direct or reasonably foreseeable indirect physical change in the environment) and 15060(c)(3) (the activity is not a project as defined in Section 15378) of the CEQA Guidelines, California Code of Regulations, Title 14, Chapter 3. CEQA Guidelines Section 15378(b)(2) excludes “[c]ontinuing administrative... activities, such as... general policy and procedure making” and Section 15378(b)(5) excludes “[o]rganizational or administrative activities of governments that will not result in direct or indirect physical changes in the environment” from its definition of “project.” Pursuant to State CEQA Regulation 15307 (14 Cal. Code Regs., § 15307), this Ordinance is covered by the CEQA Categorical Exemption for actions taken to assure the maintenance, restoration, enhancement, or protection of a natural resource where the regulatory process involves procedures for protection of the environment. The adoption of this Ordinance will result in the enhancement and protection of water resources in the City, and will not result in cumulative adverse environment impacts.  Even if this Ordinance were a “project,” it would be exempt from environmental review under CEQA Guidelines Section 15061(b)(3)’s “general rule” that CEQA applies only to projects that have the potential for causing a significant effect on the environment. Here, it can be seen with certainty that there is no possibility that this Ordinance, in and of itself, will have a significant effect on the environment. On its own, this action will not result in any physical changes to the environment.

SECTION 2.  The City Council finds that the additional local requirements that exceed the State’s MWELO are not necessary and cause projects to incur additional time and expense.

1.  New and rehabilitated landscapes for private projects with a landscape area requiring any permit or application for approval from the City of Glendora.

2.   Any private project involving either the development of a new detached structure equal to or larger than 500 square feet in area.

3.    Any private project involving the addition to an existing structure shall replace their landscape on a 2:1 basis, for example a 500 square foot addition shall require a 1,000 square foot landscape replacement, unless the existing landscape is certified compliant with the most recent State Model Water Efficient Landscape Ordinance by a licensed landscape architect.

4.   All new residential construction, new roof installations, patio covers and additions, or when the building permit valuation for remodeling meets or exceeds $25,000 as established by the most recently adopted Master Schedule of Fees for Service, a minimum of two 50 gallon rain barrels shall be installed to capture roof rainwater runoff. The rain barrel capacity must be sufficient to capture the first ¾ inch of rain from the roof of the structure, or another means of retaining the water onsite must be approved by the Building Official. A roof drainage system, such as roof gutters, roof drains or scuppers directing the runoff to the rain barrels is required. The method for capturing the roof runoff is to be approved by the Building Official or his/her designee. Solar photovoltaic systems, mechanical, electrical and plumbing permits are exempted from this requirement;

5.   All property owners of existing single-family and 2-4 unit residential structures shall install a minimum of two 50 gallon rain barrels to capture roof rainwater runoff. The rain barrel capacity must be sufficient to capture the first ¾ inch of rain from the roof of the structure, or another means of retaining the water onsite must be approved by the Building Official by June 2017. A roof drainage system, such as roof gutters, roof drains or scuppers directing the runoff to the rain barrels will be required. The method for capturing the runoff is to be approved by the Building Official or his/her designee.”

SECTION 5.  The Mayor shall sign this Ordinance and the City Clerk shall attest and certify to the passage and adoption thereof and cause same to be published at least once in the San Gabriel Valley Examiner, a weekly newspaper of general circulation, published in the City of Glendora, which newspaper is hereby designated for that purpose (GC §40806); and thereupon, and thirty (30) days after its passage, this ordinance shall take effect and be in force.

PASSED, APPROVED and ADOPTED this 8th day of October, 2019.

APPROVED AS TO FORM:

I, Kathleen R. Sessman, City Clerk/Communications Director of the City of Glendora, do hereby certify that the foregoing Ordinance was introduced for first reading on the 24th day of September, 2019 with the following vote:

Thereafter, said Ordinance was duly approved and adopted at a regular meeting of the City Council on the 8th day of October, 2019, by the following roll call vote:

I further certify that said Ordinance was published as required by law in a newspaper of general circulation in the City of Glendora, California on the 17th day of October, 2019.